Charter for Freedom of Religion of Belief

Whereas severe violations of freedom of religion or belief continue to occur around the world, perpetrated by both governments and non-state actors;

Whereas studies indicate an increase in restrictions on the free practice of religion or belief, with the majority of the global population living in countries where their freedom to peacefully practice their faith could be restricted;

Whereas an increasing number of governments, international institutions, and non-governmental organizations are recognizing this emerging crisis and committing resources to ensure greater respect for this fundamental freedom;

Whereas the freedom of thought, conscience and religion is a universal, established, and non-derogable human right, enshrined in international treaties at the United Nations, binding conventions of regional bodies, and domestic constitutions;

Article 18 of the Universal Declaration of Human Rights, which declares “Everyone has the right to freedom of thought, conscience and religion; this right includes freedom to change his religion or belief, and freedom, either alone or in community with others and in public or private, to manifest his religion or belief in teaching, practice, worship and observance.”
Freedom of thought, conscience and religion is an inalienable human right, encompassing the right to hold or not to hold any faith or belief, to change belief, and to be free from coercion to adopt a different belief.
Freedom of religion or belief is a unique human right, in that to be fully enjoyed other incorporated rights must also be respected, such as the freedoms of expression, assembly, education, and movement.

The signatories COMMIT to: 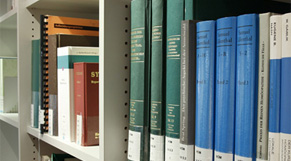